Should Narcan Spray be available Over the Counter?

By Dr. Nina AndersonOctober 4, 2016Uncategorized
No Comments
Drug Overdose reversed with a Nasal Spray to Lives?
Save them or don’t Save them?  These are the questions raising peoples’ concerns.
The Heroin epidemic and the use of the Narcan (naloxone) nasal spray has raised a concern about its availability to the public.  Narcan works by reversing the effects from a Heroin  overdose.  Narcan attaches to receptors in the brain, reversing overdose effects when someone stops breathing which can lead to a heart attack. 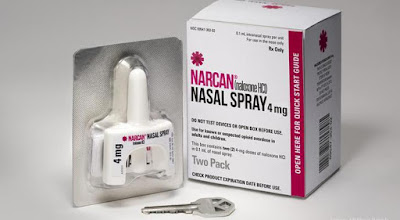 Derived from the opioid poppy seed, Heroin is commonly used as a street drug for its euphoric or “high” effect(s).  It is also known as a  pain killer but less commonly used to suppress cough.  Heroin is snorted or injected in the vein.  The Center for Disease Control (CDC) states, Heroin addiction and overdose deaths have  increased 286% and doubled since 2010.
Should Narcan be used to save a person’s life or should more resources be provided for  treatment and rehab?  What do you think?
Recently, Police in Upper Darby, PA., posted a video of a man shooting up Heroin on a public bus during rush hour and overdosing, and then being brought back by Narcan spray.
Narcan Special Agent Desmond, a spokesman for the New England region of the Drug Enforcement Administration reported that some people with Substance Abuse issues even go to towns where emergency  medical workers carry Narcan.  If they do overdose on heroin or other pain pills,  there’s a good chance that in these towns when the police come, they will  be able to give the overdoser  Narcan (New York Times).
Before,  Narcan was injected so it wasn’t as easy to use as nasal spray.  Now, almost anybody can learn how to use it, making it easy for first-responders to save lives. Many users are happy there is a nasal spray to keep them from dying; many first-responders aren’t so happy. They wonder about the effects of reviving someone if they overdose over and over again.  Plus, the cost of  Narcan has risen and many police and fire departments say they can’t afford it.
Is it a moral or ethical question??                                                                       Donna Monroe, MS, contributor
TOVACARES BlogSpot.com
Sickle Cell Specialty Treatment Center
(302) 655-6187 ext. 500
www.tovacommunityhealth.org
#tovacommunityhealth