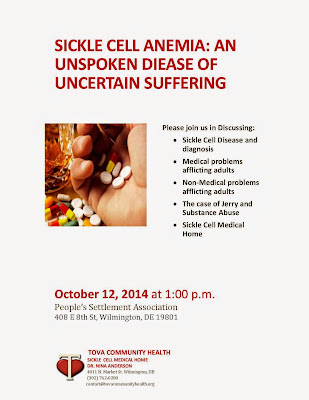 Sarah Webb Pyle was born in Wilmington, Delaware on March 6, 1869. Miss Pyle received her formal education at the Northfield (Massachusetts) Seminary graduation in 1899. After working for a short period of time in New York City she returned to Wilmington to found the People's Settlement in 1901. She devoted over fifty years of her time and talents to the children of "East Wilmington through the People's Settlement." She retired in 1952 and moved to Daytona, Florida. Peoples Settlement Association (PSA) was founded in 1901 by Sarah Webb Pyle. Ms. Pyle created the organization to address the needs of the European immigrants settling on the Eastside of Wilmington. The organization's primary focus was to assist them in making the necessary adjustments to their new home and to provide recreational activities for the family. Ms. Pyle initiated the organization with a mere monthly stipend of $15.00. She managed to support herself and provide recreational activities from a three room shack with her small income. Soon after, Ms. Pyle realized that in order to better serve her community she needed both funds and adequate space. Ms. Pyle placed her pride and shyness aside and sought out the assistance of one of Delaware's most prominent individuals, Mr. P.S. duPont. Mr. duPont admired the motivation and dedication that this woman had for her community and gave her $5,000.00 toward the building fund that ultimately resulted in the current structure located at 408 East Eighth Street. PSA, often called the "Miracle of East Eighth Street," became a safe haven for many in the 1940's. Ms. Pyle initiated the Peoples Settlement Association with little knowledge as to how it would maintain itself, yet she moved forward on faith in the future and in her community. It is this kind of faith and dedication that will forever embellish upon the legacy of PSA. Under the guidance of its founder, Sarah Webb Pyle and the executive directors which have included Mayor James H. Sills, Jr. and presently Mr. Keith Lake, PSA has continued its legacy of public service to Wilmington residents. Miss Pyle received many honors for her work. She was known as "the little mother of the East side" and also as the "Jane Addams" of Delaware. In 1951, the Lions Club presented her with a plaque designating her as the outstanding woman of Wilmington. Miss Pyle was also an honorary member of the Quota Club and a member of Grace Methodist Church. When the Wilmington School Board named the Sarah Webb Pyle School in 1953 they broke with tradition. Previously, no school had been named to honor a living person. Sarah Webb Pyle passed away on March 4, 1959