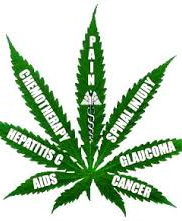 Over 21 states have legalized the use of recreational and medical marijuana use-most recently in the state of Colorado and Washington. Healthcare providers question the safety of marijuana use and the long-term health effects on usage. Despite the increase in usage, especially among teenagers, marijuana could become more common than smoking tobacco. In the U.S., Emergency Rooms have seen a surge in accidental marijuana overdoses and car accidents in adolescents and young adults. The active ingredients in marijuana products today (cannabanoids) are more potent and stronger. Because the brain in young adults is not fully developed until the age of 25, teenagers who use pot may see a decline in their IQ as adults. The New England Journal of Medicine also reported that the main active concentrated ingredient in marijuana, (TCH-tetrahydrocannabinol) contains four times more active ingredient than it did 30 years ago (National Institute on Drug Abuse). Some edible products such as cookies, brownies and chocolates can be up to 10 times stronger than smoking a traditional marijuana joint. Despite the uncertainty of long-term marijuana use, about 9% of people who experiment and 17% who use marijuana as teenagers will become addicted. Since smoking marijuana increases inflammation in the airways, there is a link between heavy users and lung cancer. People who smoke also can have changes in blood vessels that may increase their risk of heart attack and stroke. Yet, the potential compassionate use of medical marijuana may ease the pain and suffering for people with life-threatening illness and debilitating chronic diseases. Smoking marijuana has been found to boost appetite and relieve nausea and vomiting caused by chemo therapy treatments, relieve chronic pain and reduce muscle spasticity (tightness). Delaware Division of Public Health is moving along with piloting a Marijuana Compassionate Center and decriminalizing the use of marijuana; joining other states around the country. 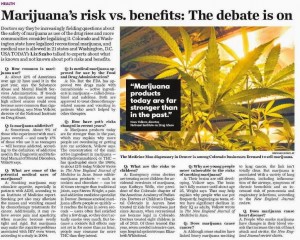