An Orphan Disease is considered a ‘rare disease’ that affects less than 200,000 people in the US. Health News from NPR by Richard Knox on December 07,2013 found that genetic rare conditions that affect children without a immune system like the “Boy in the Bubble” also known as SCID-XI can live a quality of life without germ threats from Gene Therapy. Sickle Cell Disease Anemia is a genetic inherited disorder that affects the blood cells ability to carry oxygen and nutrients to the body and tissues under certain conditions. This is debilitating and recurrence of crisis causes damage and failure of the major organs and joints. Delaware State University, a local researcher, Dr. Kmiech is leading the way in Gene Therapy Research to cure Sickle Cell Disease Anemia. “ 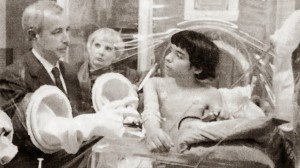 “Scientists now report that 8 out of 9 young children given gene therapy for a type of severe combined immunodeficiency disease, called SCID-X1, are alive and living amid the everyday microbial threats that would otherwise have killed them. The oldest is just over 3 years old. Equally important, these children are so far showing no signs of the cancers that developed a decade ago in 5 out of 20 children given an earlier version of the same gene therapy. Those treatment-related cancers temporarily brought such gene therapy experiments to a screeching halt. The latest gene therapy experiment used a “self-inactivating” virus to deliver the corrective gene into the children’s blood stem cells. This new viral vector apparently doesn’t flip switches that give rise to leukemia, as the old vector did. We’re not saying these children are completely free from any risk,” says investigator Williams, who was to report on the trial Saturday morning at the American Society of Hematology meeting in New Orleans. “But we’re quite happy with the results we have so far and feel confident that the vector is safer in every way we can look.” The cost of gene therapy can be costly ($125,000-250,000) but the individual and family must balance the risk versus the benefits and make an informed decision to go forward with Gene Therapy. New technology uses a safer re-engineered virus, ‘vector’ to correct the gene would to cause leukemia in some cases. “Williams says two of the eight surviving children — one in Paris, the other treated in Boston and living in his native Argentina — had the new gene therapy more than three years ago, when they were infants. They have reached the age when some of the children in the earlier experiment developed leukemia.” Children’s Hospital of Philadelphia reported in the Associated Press today ‘unprecedented success’ in treating children with Acute Lymphocytic Leukemia (ALL). A 8-year old with an aggressive form of leukemia was the first to be given Gene Therapy at CHOP and shows no signs of cancer 2 years later. “Within the next year, investigator Williams says they’re planning to test gene therapy for sickle cell disease and thalassemia, two much more common blood disorders that together affect hundreds of thousands of people in this country.”